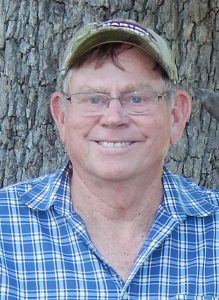 In Texas where I live raccoons are possibly more plentiful now than any time in recent history. There are a couple of reasons for this. When fur prices plummeted back in the eighties, many trappers abandoned their traplines. About this time, the electric corn feeders for deer, hogs and turkey were becoming popular. Today, just about every piece of hunting property has multiple feeders, all set to throw corn to attract game animals. With the drop in fur prices coupled with an abundant supply of easy to obtain food, raccoon numbers have been steadily growing. No hunting pressure to keep numbers in check and plenty of easy to get food has created a raccoon boon in Texas and other states across the country.

I keep a couple of corn feeders going year around on the land I have leased near my house. This is where I do a good bit of my hunting for wild hogs and during the whitetail rut, the does that are attracted by the corn annually pull in some pretty nice bucks from a huge ranch that shares a common boundary. My trail cameras evidence an astounding number of raccoons that come to the feeders. They usually begin stirring about thirty minutes after dark and it’s quite common to see as many as fifteen raccoons eating around the feeder at the same time.

I remember when I was growing up in very rural Red River County in Northeast Texas my friends grandmother would invite me over for what she called a “raccoon dinner”. This was a special dish she prepared that involved sweet potatoes and baked raccoon. I have no idea how she actually prepared this dish but I do know that with her fresh baked home made biscuits, the baked raccoon and gravy was delectable. I had an Uncle that was about as rough and tough as the Big Thicket of East Texas where he grew up. I shot a raccoon when I was about 14 while hunting with my Uncle and under his orders, I skinned and quartered it. “Boy,” (that’s all he ever called me, Boy), “you shot it, we’re going to eat it and… I’m going to cook it for you.” Well, Ole’ Uncle probably knew more about hunting than he did cooking, especially raccoon. He put the critter on an open fire pit, on a grill and simply applied heat via a wood fire until it was done. Done but NOT tender or tasty. I remember him leaving the fat on the critter, thinking it would baste as it cooked. It probably basted the meat all right but I later learned that all the fat must be removed before cooking raccoon, just like the fat of venison needs to be trimmed.

Fast forward to this past January, with a surplus of corn fed raccoons within ten minutes of my house and a powerful air rifle of adequate caliber and power to dispatch them, I decided it was time, once and for all, to determine if corn fed raccoon makes good table fare. I am a pretty good camp cook with about 45 years experience cooking everything from bear to rabbits. I felt confident that I could prepare this grain fed meat from the wild in a manner that would leave my guests scraping their plates and wanting more! We will soon discuss exactly how I prepared the meal but let’s talk about the hunt first.

I have my .25 caliber Airforce Airguns Condor scoped with a Sun Optics USA downsized tactical scope and for this hunt, sighted it in to be dead on at 25 yards, the distance from my ground blind to the feeder where I expected to make the shot. A couple hours before dark, I checked the scope’s zero with Hunter’s Supply 48 grain hollow points. I’ve found these little bullets to be deadly on squirrels and rabbits and with the powerful Condor pushing them at around 1,000 fps, I went into this hunt full of confidence. For the past couple years, I’ve used my Nite Site for all my night hunts. At first the technology of the NS was a little hard for me to wrap my mind around. The NS screen mounts on top of the rifle scope and a mini video camera attaches to the end of the rifle scope via a rubber boot. The image one sees when looking through the scope is exactly what appears on the NS screen. Aiming is via the screen on top of the scope. The NS uses infrared technology and the model I use sells for under a thousand dollars. I’ve killed several hogs out to 125 yards and once when hunting around a corn feeder on a pitch dark night, actually saw mice eating corn on the ground at 80 yards. These little units get the job done! Nite Site offers a hand held Spotter that operates on infrared technology also. The Spotter allows one to scan the woods, watching for approaching game rather than keeping the rifle with NS in shooting position. On this hunt, I left the Spotter at home. I knew I would be able to hear the raccoons crunching corn and such close range.

It was just light enough to find my way through the woods when I arrived at my treestand. Earlier in the day, I had distributed and extra amount of corn around the feeder, exactly 25 yards from my hunting perch in the ladder stand. By the time I got settled in, the sun was below the horizon and with no moon, darkness fell quickly in the remote bottom where I was hunting. The night sounds soon began. A pack of distant coyotes open up with their nightly chorus, letting their kin know exactly where they planned to begin their evening hunt. From a tree closeby, a Barred owl began talking to his mate. The haunting sounds of owls in the night always causes chill bumps, especially when I am far away from humans and attempting to become one with nature on a dark night. It was as still as a graveyard and I could hear every little sound.

About ten minutes after the fall of darkness, I heard a coon “squall” from a nearby tree. And then I heard claws on bark as he descended. I knew chances were pretty good he was heading to my corn. This hunt might be over quickly! As is often the case when night hunting, I heard the approach of the raccoon well before I actually saw him. When I heard the leaves rustling near where I knew the corn was, I switched on my Nite Site and pointed the rifle in the direction of the sounds. The NS screen centered on what looked like a big raccoon. Instead of conventional crosshairs, my scope has a circle with a dot in the center. I find it perfect for all kinds of shooting, but it is especially useful on night hunts. As soon as the little circle found the Raccoons head, I found the center dot and placed it on the critters head, all the while beginning my trigger squeeze. The still of the night was disrupted with the crack of Condor and my raccoon was anchored. He did not move and I knew the shot was a good one. The little hollow point had obviously performed perfectly.

It was about a quarter mile back to the truck and by the time I saw my vehicle illuminated by my flashlight, I would have swore my quarry weighed 25 pounds! I do think he weighed more than fifteen pounds. I had thought this hunt out well. On the way in, I stopped at a big mesquite tree and drove a 16 penny nail in about 4 feet from the ground. I attached a length of cord to the critters hind legs and began skinning. I had plenty of light to work with, thanks to the lantern I had also thought to bring. During the entire process, I was “mulling” over exactly how to prepare the meat.

Back at home, I cleaned up the quarters and “backstraps”. I decided I would cure the meat for 24 hours, just like I cure smaller cuts from wild hogs. With a liberal amount of sugar cure and a dusting of garlic powder, I let my fresh raccoon meat marinate in the refrigerator for the prescribed amount of time.

I then placed the meat in an aluminum pan in my Smokin Tex electric smoker set at 225 degrees and let the meat smoke for about an hour. Then, I added a bit of BBQ sauce for moisture, wrapped the pan with foil and turned the thermostat down to 190 degrees. The meat slow cooked overnight, a total of about 12 hours.

The next morning, I allowed the meat to cool and then deboned it. It had the color and appearance of corned beef and when I sampled a nibble, I found it tasted very much like beef.

NOW, TO THE GUISADO

Guisado is a spicy Mexican dish that can be made from any kind of meat. I used my cured raccoon for the main ingredient for this “batch”. First, I heated my Dutch Kettle and added a little cooking oil. Then, the small chunks of cured raccoon went in, along with four pods of crushed, chopped fresh garlic, two diced jalapenos, one onion, a couple of finely cut carrots and one diced potato, a small can of beef broth and a can of crushed tomatoes. These ingredients were brought up to a boil and then the liquid was allowed to reduce at low heat as the veggies cooked. The end results was of a thick soup consistency with moisture but no visible liquid. With a side dish of Spanish Rice and hot buttered flour tortillas, my first attempt at cooking raccoon was considered a success by a few buddies and myself when we met in my little cabin behind the house to discuss our next outdoor adventure. I’m not sure how raccoon that has been making his living eating fish or other aquatic life would taste but I can guarantee you those around my corn feeder will be reduced in number before the onset of warm weather! My buddies gave me a few ideas for our next “raccoon” dinner!

Until our next visit, happy hunting and shooting. If any of you wish to order my new book, “Kill to Grill”, the Ultimate Guide to Wild Hog Hunting… and cooking”, please visit my web site, www.catfishradio.com.